Royal Coach Builder is not the most conventional of job titles – but Jim Frecklington is somewhat exceptional. A former employee of the British royal family, he’s indulged a particular passion since the 1970s, and in the process created something truly beautiful.

“I wanted to create a masterpiece,” he says, speaking from his home in Manly. And he’s done it not once, but twice. 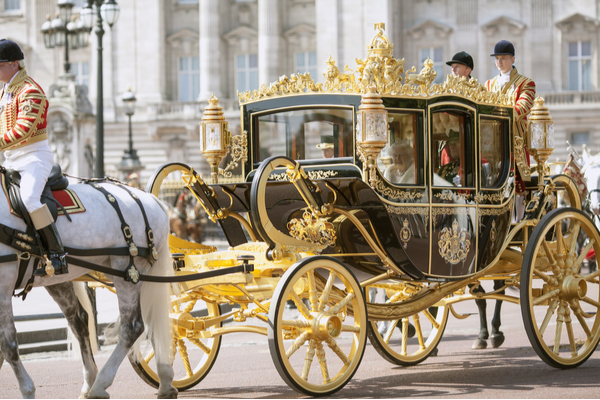 From Peak Hill to a premier position

Born in Peak Hill in the NSW Central West, Jim always had a love of horses. It was on a tourist trip to London’s Buckingham Palace that he first visited the Royal Mews, home to the British royal family’s ceremonial horses. Years later when a vacancy came up, he applied. Shortly after, he was whisked away to London to become caretaker of the stables. “The Royal Mews is also where the royal carriages are kept,” Jim elaborates. “I’d escort visitors around and speak about the horses – and the coaches.” 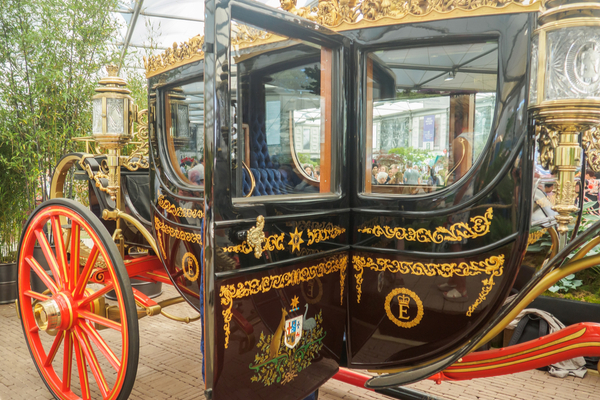 The story of the royal coaches is fascinating. The oldest with the British royal family today was built in 1762 for the coronation of King George III. Due to a late running schedule, it missed the coronation, but it’s since become a fixture for royal attendance at the opening of the British Houses of Parliament. Their newest coach – until Jim came along – was the 1902 State Landau carriage (completed in 1901). And then there’s the fairy tale-themed Glass Coach from 1881, that a young Lady Diana Spencer rode in to her wedding a century later. 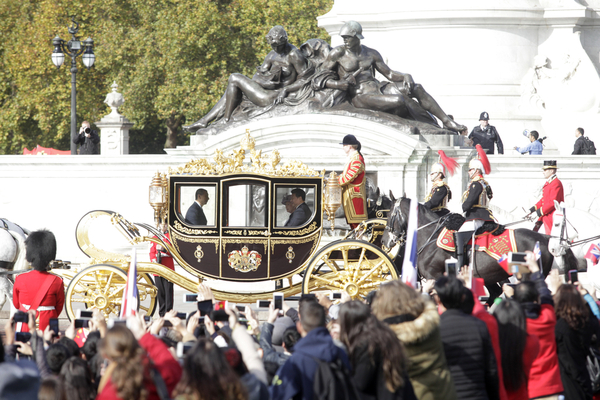 After Jim retired from the Royal Mews, he returned to Australia, and in 1977 he coordinated the national Royal Coaches Exhibition, part of the Queen’s Silver Jubilee. The response from the public was overwhelming, and it triggered an idea. “I realised how many people loved these carriages, and with no one making them anymore, what had been lost.” He approached Buckingham Palace with a proposal, and with the royal seal of approval, prepared to revive a lost art.

Jim spent the following years painstakingly creating his first carriage, The Australia State Coach, that was completed in 1988. Not content with a singular achievement, he added the Diamond Jubilee State Coach in 2014. Both were built locally (Dubbo and Manly respectively) before being flown to London. They are now used for official events including royal attendance at the State Opening of British Parliament – and as transport for visiting Heads of State. 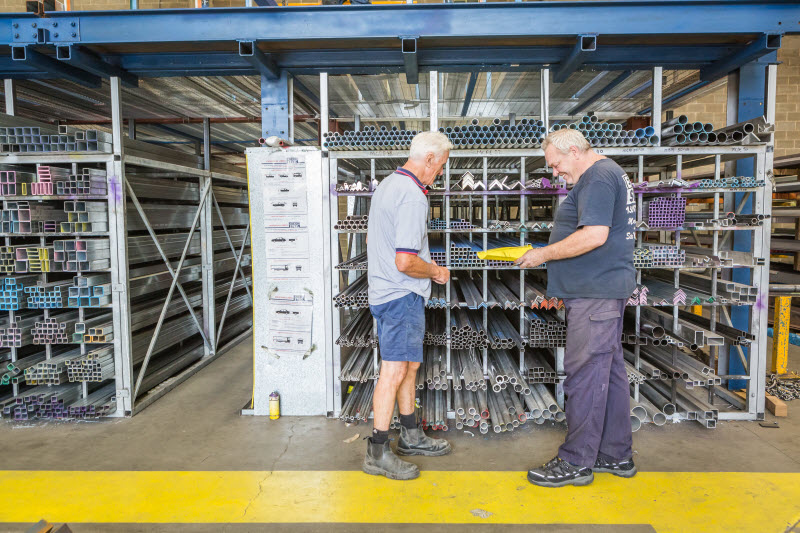 Edcon and the Queen

Jim started buying from Edcon in its infancy. “I’d drop in because I needed specific nuts and bolts, and I also needed steel… lots of steel. Edcon’s always had a great range and high-quality products. These carriages are designed as works of art, but they are mobile works of art. The great works of art – the paintings and sculptures – are homed in art galleries and museums. The coaches aren’t like that. They are used, so you need superior workmanship.” Given the quality and range, Jim has always been confident in using Edcon as his sole supplier. 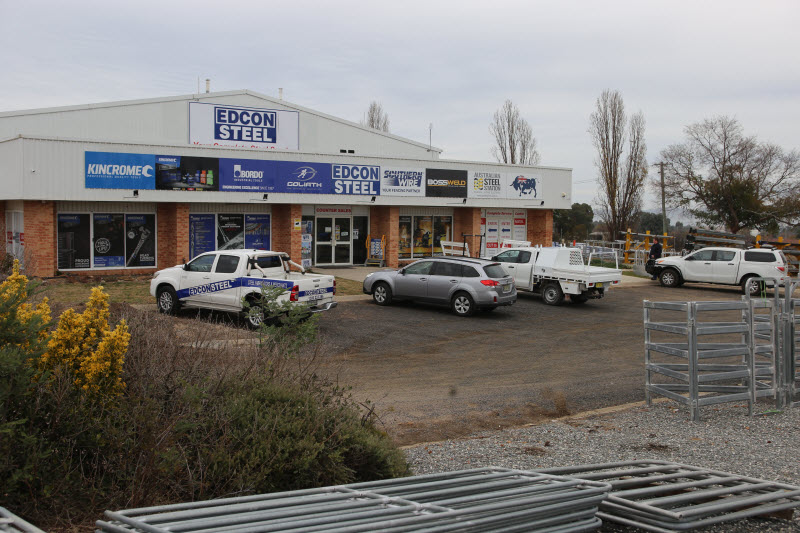 Edcon parts and steel (used extensively in the undercarriage) are in very good company. “I designed each carriage as a time capsule of British history going back 1000 years.” So, in addition to the silk brocade and gold leaf, each coach is embedded with fragments of historically significant objects. The crown on the roof of the Diamond Jubilee Coach is carved from panels of Lord Nelson’s flagship, HMS Victory. And there are timber squares from buildings including Westminster Abbey and Windsor Castle, vessels such as Henry VIII’s warship Mary Rose, and aircraft including the famed Flying Scotsman.

Other elements include a portion of a ladder belonging to mountaineer Sir Edmund Hilary; a musket ball from the Battle of Waterloo; and shards from the Antarctic huts of explorers, Robert Scott and Ernest Shackleton. One of the most intriguing elements is a fragment from the Stone of Destiny which forms part of the British Royal Coronation Chair. It’s played a role in every coronation since 1066. 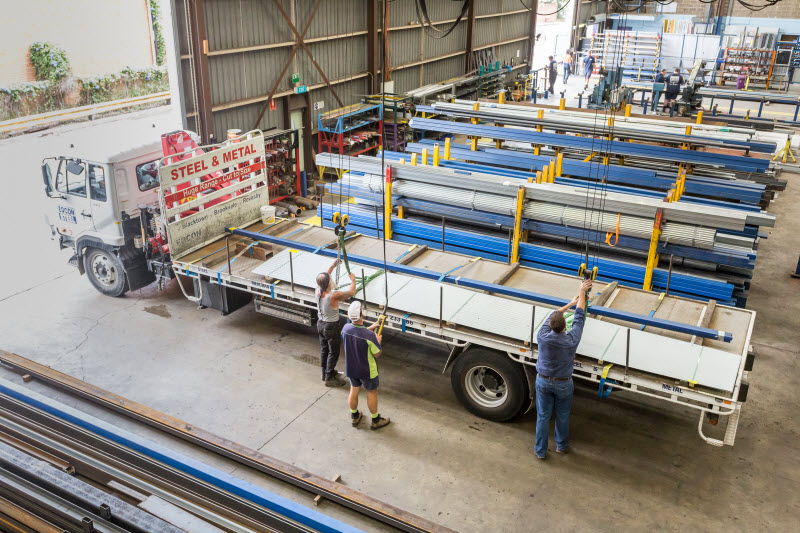 “It’s very hard to make something special today,” Jim notes. “I admire Stradivarius, Faberge, Cartier – craftspeople who left their mark. Very few people leave their mark behind, and that’s why I made the coaches. They will be here for a long time.” To help him in his endeavours, Jim formed a team of elite craftspeople from around the world who contributed engraving, upholstery, etched glass and hand-painted royal crests. And Edcon has been a part of this collective creation. 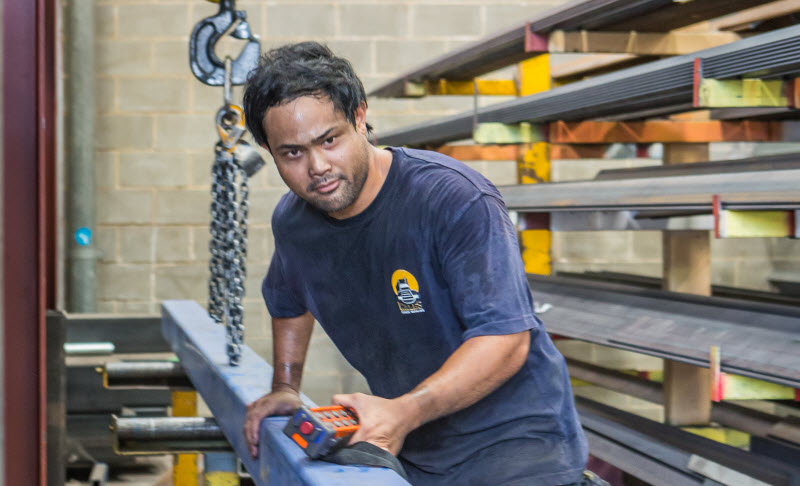 Jim’s efforts to create a masterpiece have been well received. He was awarded the Royal Victorian Order by the Queen, and he recently attended a reunion of recipients in London.

Edcon has been part of a very special journey. “Edcon has very good service and very good products. They have been great over very, many years – and there aren’t many others like them at all.”